Got up early to be at the Volkswagen garage at 07:30am to have them check the “strange sound”. The flexibility of Volkswagen was great, and they took a look at our rallye vehicle right away. After a short test drive, they took the car on the hydraulic ramp and we saw a lot of Swedish mechanics with torches under the car, discussing and doing stuff over the next hours.

While waiting and waiting, we saw the other teams heading north … But coffee was good and after a while we got an update on the problem. They needed to change the oil in the differential. Another test drive was promising, and the last remaining thing to do, was swapping our high-end winter tires to spikes tires. Around 12:00 this was done and we even got the changing of the tires for free and finally headed north. 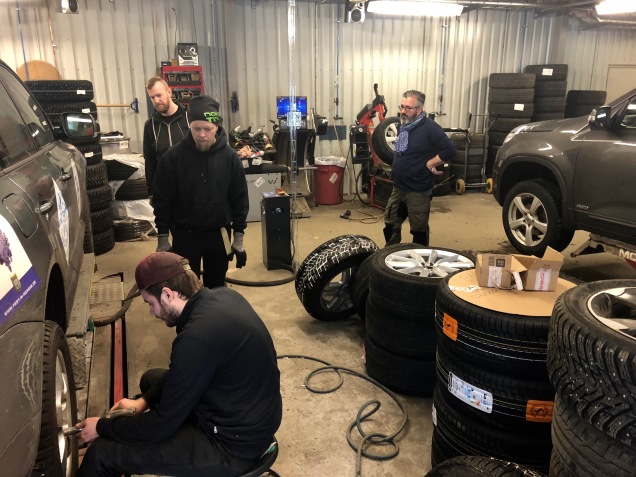 … it was back after 205km and joined us all the way up to Vilhelmina. We left the coast in Sundsvall with its massive SCA factories and got into central Sweden. The weather was sunny, but it must have snowed a lot in the last days with more than a meter of it on the roofs and next to the streets. 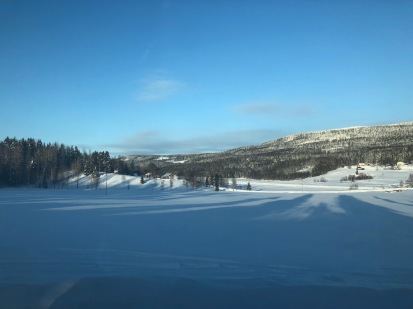 It was a long ride up to Vilhelmina, through pretty empty regions. Endless forests, few other cars , icy roads and frightening trucks carrying timber.

After the last hours driving in the dark…

… we reached Vilhelmina at 7pm, just in time for the first BSC Winter party, with almost all teams in one hotel, a lot of small talk about cars, winter-camping, etc.. As most teams drove between 6 to 9 hours that day, many of us got to bed before midnight. 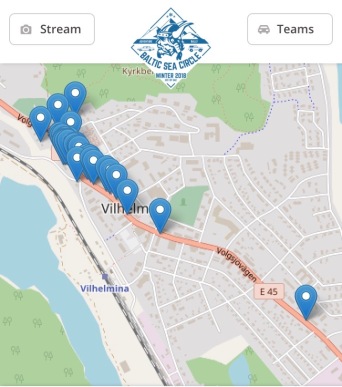