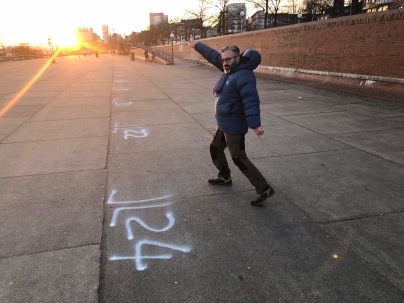 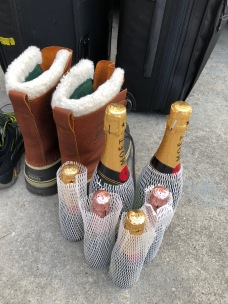 After first beers with other BSC teams in the Haifischbar and a great re-union with old friends on Friday night, we had a last hering-free breakfast on Saturday morning before getting to the start location at Hamburg’s Fishmarket.

With sunny but cold weather, all 47 team cars lined up at the Elbe river / harbour, signed up and got their road books, with instructions on the route, the party locations as well as “the challenge of the day” to earn points for winning the rallye. A TV station was around, pictures taken and last instructions provided. The variety of cars made it quite obvious, that we can expect a great mix of teams: old Land Rover, Mercedes G-class, 3 girls in a Range Rover, 2 very Bavarian cars with guys in Lederhosen as well as a team supported by a crowd of pink bunnies (I checked: no bachelor party).

Finally, around 12:00, every car drove on stage and off we went! 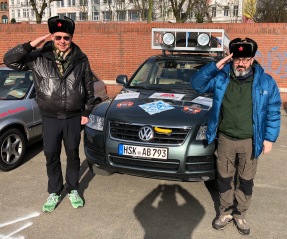 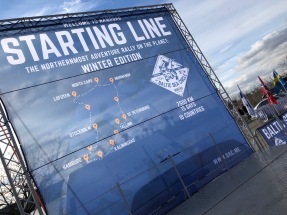 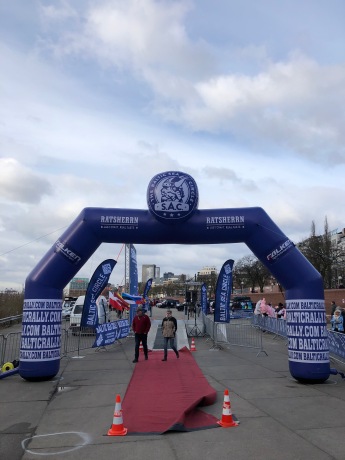 Though in general, highways are out-of-bounds during the BSC (besides three 300km jokers), they could be used on day 1. So, we left the city of Hamburg and took the highway towards Puttgarden on the German Island of Fehmarn, to take on a ferry boat to Denmark. The other option would have been a bridge in northern Denmark, but with 7.500km in front of us, we chose the more expensive but less kilometre option, especially because our car started to make some strange high-pitch noise. 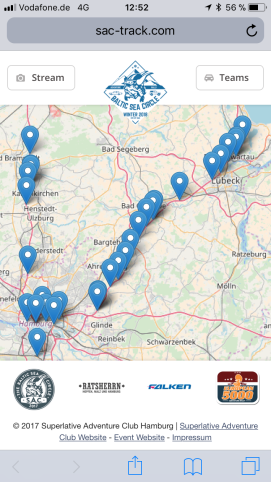 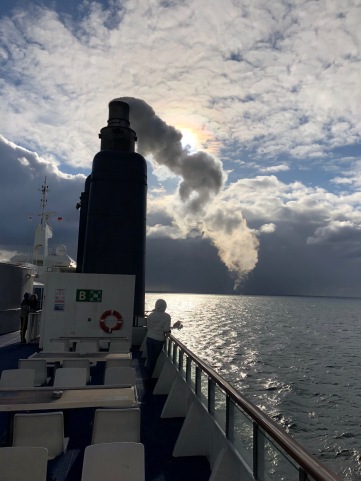 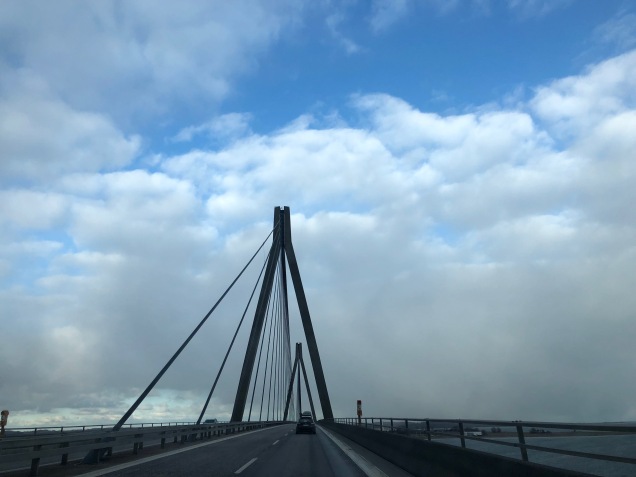 The ferry took about an hour until we got to Denmark, we drove towards Kopenhagen and across the very long Öresund Bridge to Sweden.

As it was already slowly getting dark, we skipped the task of the day: a Viking baptism with a stone from Denmark and iron from Sweden, etc. at some old Viking location at the shore. Instead we drove further up north to the nice Swedish town Kristianstad and stayed in a pretty nice and friendly hotel. The only thing missing for a perfect evening was a decent Swedish restaurant, so we ended up in an “Italian” restaurant with waiters from Serbia and Albania (“buona sera” didn’t work), food with at least Italian names and luckily: Bavarian “Kloster Weltenburg Weißbier”. 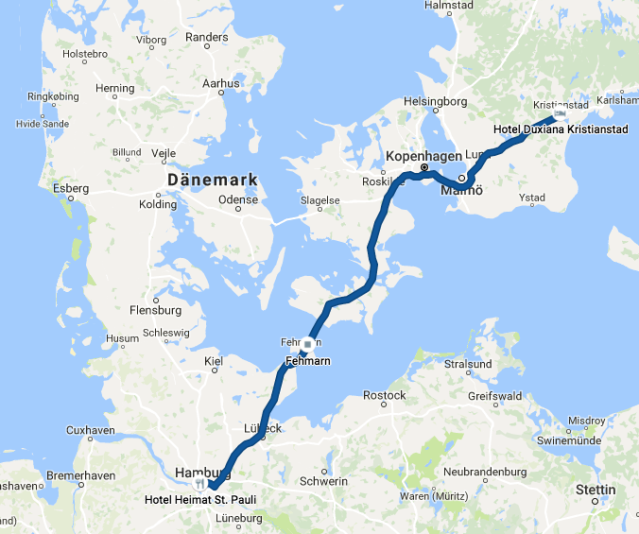